YOU CANNOT FIND BETTER QUALITY ANYWHERE IN THE WORLD! 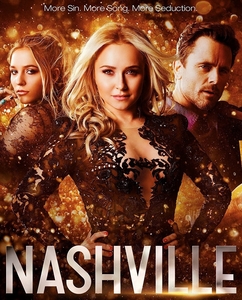 Season Five of Nashville is the last season to feature Connie Britton as a main cast member and she appears in the first half of the season.
Picking up three weeks after the events of the Season Four finale, the season focuses on the aftermath of the plane crash which left Juliette Barnes as the sole survivor. The crash leaves her confined to a wheelchair and she meets the woman who saved her life. Elsewhere, Maddie tries to re-adjust to life at home with her parents and Daphne.
Scarlett and Gunnar split up following the former becoming attracted to video director Damien George. She later falls pregnant with the latter's baby but loses it following a miscarriage. Will also splits from Kevin after refusing to live with him.
Rayna faces more financial problems with Highway 65 and also finds herself the victim of a stalker while The Exes try to get their career off the ground once more. Rayna also ends up in a car crash and succumbs to her injuries.
The second half of the season picks up 10 weeks following her death with Daphne finding it hard to cope with the loss of her mother and beginning a friendship with a homeless girl named Liv. Deacon has to deal with the responsibility of being a single father to both Daphne and Maddie, who is seeing her own music career take off. Meanwhile, Will starts a relationship with entrepreneur Zach Welles, who is determined to make Highway 65 a success even if it means making big changes.